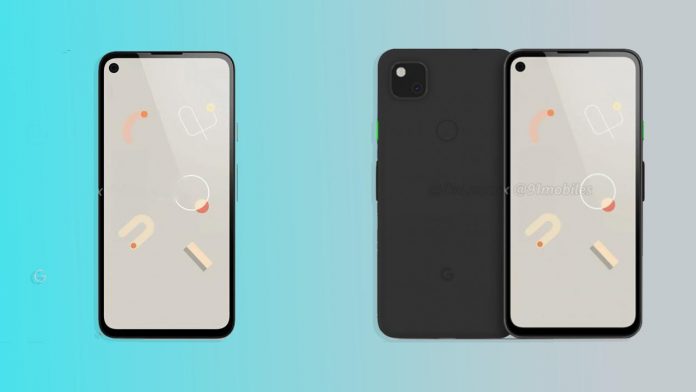 Google Pixel 4a design renders and image leaked online all leaks confirm some major hardware changes like a Punch hole OLED display so no ugly Notch this time, on the rear side a square camera bump with a single camera set up and a fingerprint sensor. Pixel 4a will have a 3.5 mm audio jack. On the bottom of the Pixel 4a a USB type – c port and dual speaker hole.

On the software side, Google pixel 4a will be loaded with Android 10, upgradable to Android 11 and its Beta Program. Google Pixel 4a has a new google assistant this time. Google Pixel 4a will have only a 12Mp camera on the back with all premium camera features from google pixel 4 series like digital zoom, astrophotography. On the front, an 8MP camera with face unlocks does not work in eye closing hopefully. and Google pixel 4a XL have a dual camera set up like Pixel 4

Yesterday google Pixel 4a hands-on video leaked online that confirm the design, a single camera on the back, a little big punch-hole display FHD display.

Google reveals the Google Pixel 4a price on a billboard

Google I/O 2020 is canceled due to coronavirus (COVID-19) concern we don’t know the actual date so stay tuned for next Update.