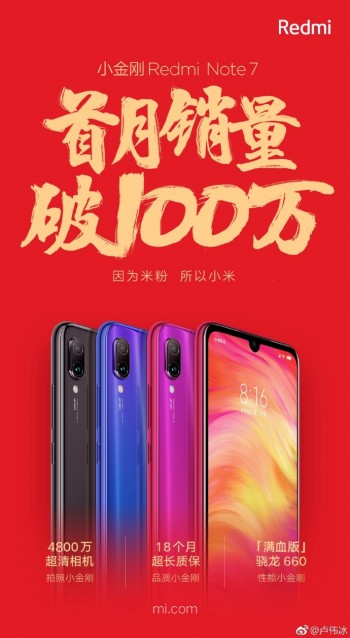 The Redmi Note 7 arrived on January 15th for its first flash sale in China. At that time, Redmi chairman Lu Weibing said the company was ready to sell 1 million units in the first month. Exactly four weeks later, this step was made by Weibo. Lu even revealed an internal message to the Xiaomi board confirming the seven-digit benchmark.

Redmi Note 7 was made available in a series of Flash sales that saw thousands of units disappear in minutes. We do not know yet how the phone will work outside of its home market, and we know that it will eventually appear in India.

Source (in Chinese) | Via (in Russian) | Source