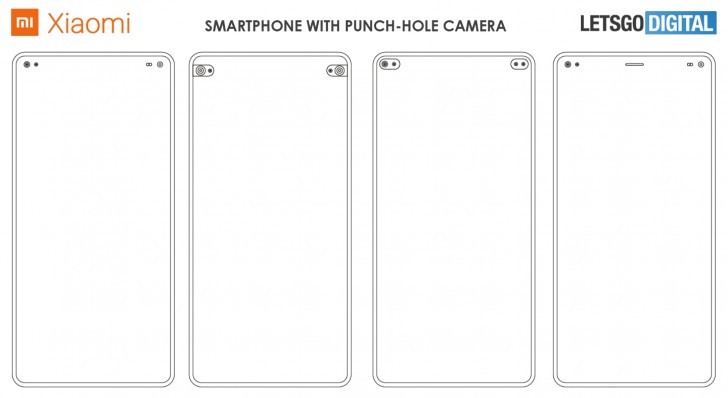 Punch hole cameras on the inside of the screen seem to be the current trend. We have already seen Samsung and Huawei (and their subsidiary Honor) implement this technology, and according to the patent, Xiaomi will also join in this race. An Listing on the website of the World Intellectual Property Office (WIPO) revealed that the Chinese manufacturer had obtained a patent for a double perforation design.

The implementation of Xiaomi is a bit different from the dual camera of the Galaxy S10 +. While the new Samsung probably has an elliptical neckline containing the two Snapper selfies, the next Mi flagship will have two separate holes. According to the list, the second camera could be either a secondary front camera, a notification lamp, and a proximity sensor.

The list consists of 24 different models – two cameras on one side, one left and one right, two elliptical holes with different angles for different purposes and so on. Will pay attention to rumors in the coming months.