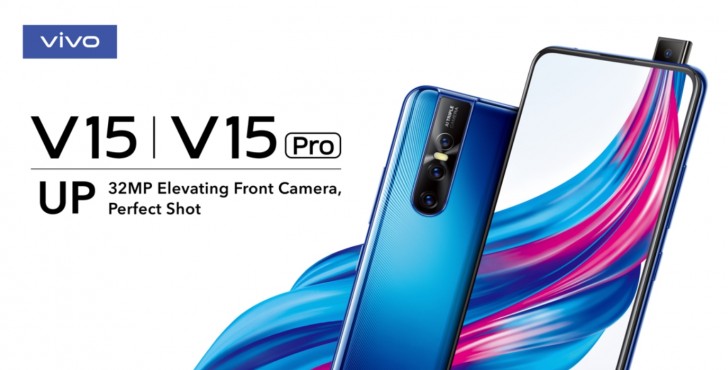 it’s official – the new vivo V15 and vivo 15 Pro will feature a selfie pop-up camera. The company has decided to cease all speculation and has released teasers of its next phone on Twitter and Facebook while posting an official photo.

He will have a 32 MP shooter in the lift mechanism, but the rest of the specifications will be announced on February 20th. The V15 and V15 Pro also have three cameras on the back in a raised band near the edge of the phone. The LED is between two lenses.

Meanwhile, a leaked datasheet claims to reveal the inner elements. It indicates that the rear triple configuration will make the headlines of a 48-megapixel shooter, and behind the third camera will be an 8-megapixel telephoto lens and a 5-megapixel sensor, probably for depth detection. Since we do not see any visible fingerprint scanners, you can be sure that the vivo V15 has one under its AMOLED display.

Other rumors point to a Snapdragon 675 chipset with 6GB of RAM and 128GB of storage, while the battery would have a capacity of 3700 mAh.