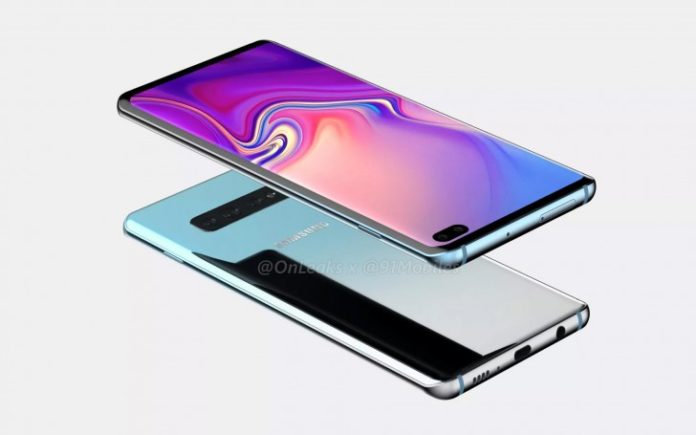 The FCC has confirmed that the Samsung Galaxy S10 Trio would support reverse wireless charging and not only, but even listed the maximum power of 9W.

If that does not strike as impressive, let us put it into perspective. The “Wireless Fast Charger” for the current Samsung Galaxy S9 also offers 9W. Huawei has not officially announced the speed of implementing reverse wireless charging, but independent testing has shown that it’s less than 5W.

Charging wireless accessories with your phone is a nice, but a bit cumbersome, feature because you need to hold them together (and they’ll be stable too, otherwise they would not be aligned). At least 9 W, the charging process should not take too long. You can even charge other phones if you want to share them.

For the Samsung Galaxy S10 itself, Samsung is preparing a 15-watt charger (which has also gone through the FCC). It seems that the wired charger also works at 15W.

The Samsung Galaxy S10 will be one of the first phones to support the new standard Wi-Fi 6 (802.11ax). They also retain the MST functionality of Samsung Pay as well as ANT +, VoLTE, VoWiFi, and other products. Google Duo preinstalled as a standard VoIP application.