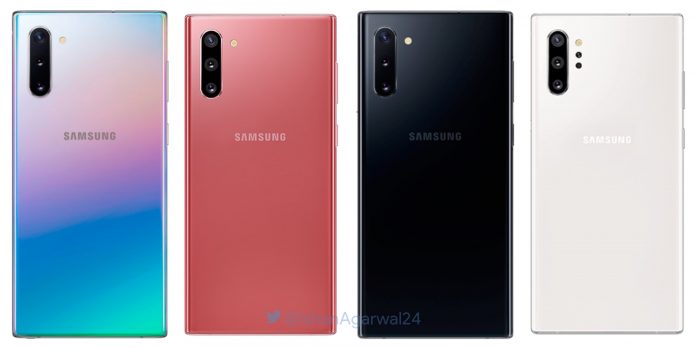 It has already been leaked but confirming from my side as well. The Samsung Galaxy Note10 will start from €949 for 256GB Variant. Galaxy Note10+ will cost €1099 for 256GB and €1199 for 512GB. The Price will slightly differ b/w Euro countries.Will tell about more variants soon! pic.twitter.com/VyNjAj1YE3

The Samsung Galaxy Note 10 Plus price start from 1,049 euros for the basic configuration with 256 GB of memory and the higher version with 512 GB 1,199 euros.