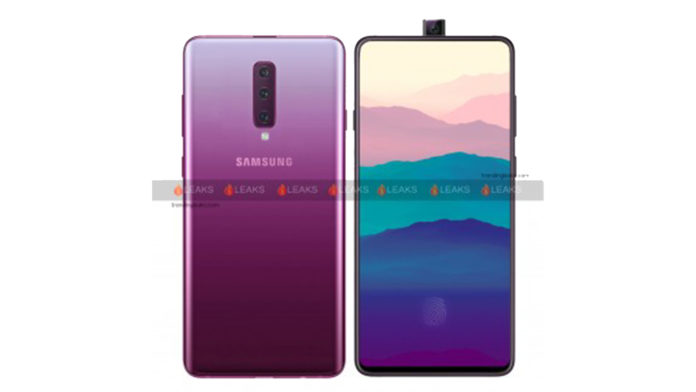 The Samsung Galaxy A90 is considered to be the company’s first mobile phone with a contextual camera, and the new renderings show what it might look like. There is one version with the camera on the side and another with the camera in the middle.

Since both show a triple camera that is vertically aligned along the center line, we believe that the selfie camera is more on the side. The engine takes up space, as does the triple camera.

If there is no selfie camera, the screen can stretch freely on almost any front – the phone has a screen / body ratio of 92%. You can see that the glasses are thin enough, except the one below.

With everything that happens on the back, the phone can switch to an integrated fingerprint reader as shown in the renderings.