OnePlus announced the launch of its OnePlus TV next September. The company also announced that the television will be first available in India.

OnePlus TV will hit the market in September and arrive in India first
Lau explained that the first reason for the publication of OnePlus TV in India because of the company’s excellent relationship with the country’s content providers. For OnePlus content is the most important aspect. They wanted to try to do things well. That’s why they wanted to start with one country before turning to other markets.

Regarding other markets, Lau indicated that they would offer OnePlus TV in North America, Europe, and China at an unspecified future date if they had strong content partners in those regions

Qualcomm Snapdragon 865 specs leak and will launch in 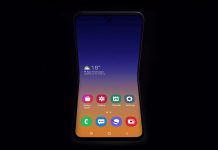 Dopeadmin - November 14, 2019
0
We all remember the classic iconic Motorola Razr V3 clamshell phone from the millennium. In the era of folding Smartphones, Motorola reinvented...

Qualcomm Snapdragon 865 specs leak and will launch in

Xiaomi Start Rolling out Android 10-Based MIUI 11 Stable Update to...

ABOUT US
Dopetech is a new media company that covers technology news, reviews and produces quality tech Blog.
Contact us: [email protected]
FOLLOW US
© Tech News Website by Dopetech.