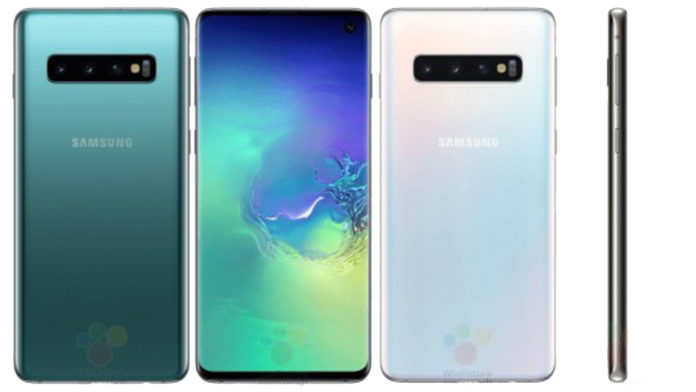 Welcome to your best look for the Samsung Galaxy S10 and Galaxy S10 + thanks to crisp press releases. These come from the same batch that we previously reported.

The renderings show the premium duo of the Galaxy S10 phones front, back and sides. We have three color options – black gradient, emerald and white pearl.

The 6.1-inch Galaxy S10 features a single-hole selfie camera and a triple row of rear-mounted shooters – Standard, Ultra-Wide and Tele.

The Samsung Galaxy S10 + has a larger screen, apparently a 6.4-inch camera, and a dual-selfie camera is in the display. The back has the same triple camera as the Galaxy S10.

Both phones have shaved off much of their upper bezel and their chin is only slightly wider. These thin glasses were confirmed by a real observation of the Galaxy S10 +. There is no fingerprint scanner on both phones – this has been moved under the screen.