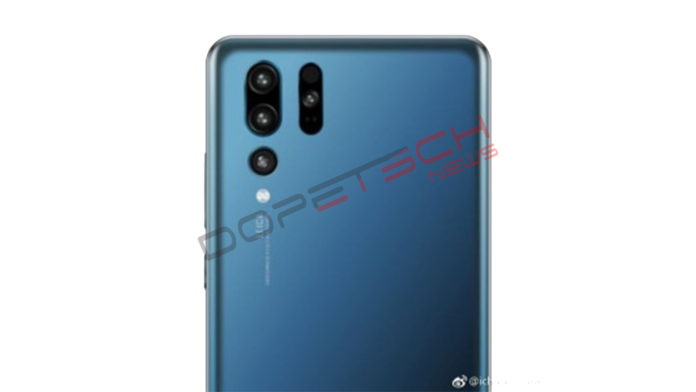 Late last year, Olixar’s case pictures showed that the Huawei P30 Pro would be the company’s first quad-camera phone. Now, a speculative rendition of the phone has appeared, and although it looks pretty cool, it does not agree with what the cases have shown.

These renderings are similar in design to the P20 Pro, but with an additional camera in a second row. And it is not alone, it is flanked by something.

The Olixar housings show a second row, but they are just double flash and laser autofocus. Case managers only know where to put holes and their size, but not necessarily the purpose of each hole. However, this does not look wide enough to hold a camera.

In addition, laser AF systems are rather small. It could be a 3D time-of-flight system, but right now we believe that Olixar renderings are more reliable.