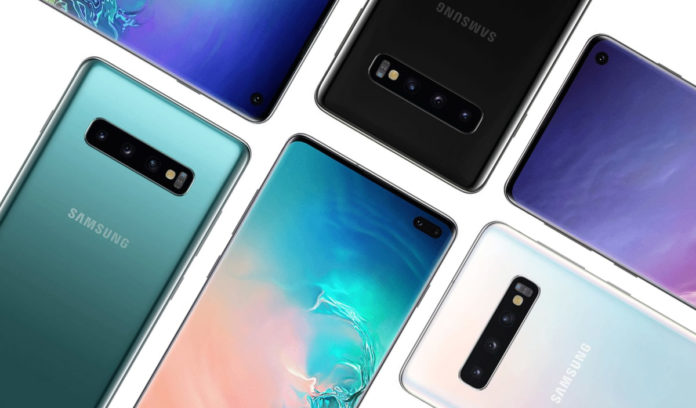 The latest leak of the Samsung Galaxy S10 would be an official rendering of the Samsung Galaxy S10+ (the biggest variant). It’s the same as other CAD renderings we’ve seen up to the position of the front camera and a rear three-camera system – that is, if you count the first one, the one that has three cameras and not four.
The date of the calendar for rendering is usually significant, and if we observe the event on February 20, we might assume that March 8 may be the day the phone is offered for sale.

Here we can see the twin camera, which faces the front of the phone and is located in a section of the screen. We wonder what extra features this second camera will unlock – we hope it’s a wide-angle selfie camera. We can also see that the display has frames that are much smaller than the Samsung Galaxy S9 +, which corresponds to a with a higher ratio. We assume that this screen is an AMOLED panel, probably with QHD + resolution.

The back of the phone is a kind of white pearl option with light reds and blues. In addition to an LED flash, there is also a triple camera and a heart rate monitor that Samsung has used since the launch of its flagship product since the Galaxy S5. There would normally be a fingerprint reader directly under the camera. However, Samsung rumored to have an ultrasound reader built into the screen of the Samsung Galaxy S10 + and Samsung Galaxy S10.

In terms of biometrics, it does not seem that this design can support an iris scanner for biometric authentication. Samsung will probably eliminate this by launching the Samsung Galaxy S10. Personally, I do not think that the Iris Scanner works consistently or reliably for me.